A quiet and observant young woman, Yenlis desires to nurture and heal rather than dive into battle. Standing at barely over 5 feet, this petite, dark haired druid is often underestimated based on her physical stature. Coupled with what is often mistakenly assumed to be a subservient disposition, those who would cause harm to the woods and wildlife she was sworn to protect quickly realized that first impressions can be misleading. She will do whatever is necessary to protect the lands and people that she loves.

Having spent all of her life far removed from civilization, the ins and outs of city life (especially the markets) fascinate her. Yenlis is rather amused by how delicate and fragile life within the city actually is and how oblivious “civilized” folk are as to how interconnected to one another they truly are.

Yenlis’s uncertainty and awkwardness surrounding social situations is rather obvious to all who meet her, and she occasionally compensates for this by consuming a decent quantity of ale. While she may initially come off as distant, and her pale green eyes might seem to always be giving strangers a cold stare, she immediately opens up once she begins to feel comfortable.

Yenlis and her three brothers grew up with an innate understanding and respect for the natural world as the children of Druids. Even as a young girl, she displayed a keen mind and quickness in the study and love of spell craft that her brothers lacked. Her brothers were far more interested in martial combat. The siblings would often go out into the wilderness together and patrol and hunt with Yenlis often acting as their intermediary for hostile animals or suspicious fey, or she would use her abilities to transform into an animal to act as a scout, guide, or help her brothers track.

As the group got older, they began taking on more duties and responsibilities as followers of Mielikki. Yenlis could often be found wondering the wilderness helping and healing injured animals and plants, or protecting and replanting ancient parts of the forests. She and her brothers continued these duties without major incident until they were one day sent to cull a group of scythe trees that had inexplicably began to encroach on her grove’s territory and preying on dryads. They easily enough dispatched with the scythe trees only to find themselves surrounded by grimstalkers. Stepping out of the shadows from behind them came an older human man wearing strange, almost rotted hides and furs and carrying a gnarled, black staff.

The man introduced himself as their father’s brother who had been banished from their grove 25 years ago on accusations from their father that he had broken his vows and was delving into darker and evil magics and resorting to extreme and often deadly measures (many times unprovoked) to protect the forests. Their uncle had convinced himself that their father made these claims out of spite and jealousy because their mother had originally been betrothed to their uncle. He wanted to seek revenge against their father by taking his family from him especially Yenlis who looked so much like her mother. The older three are doing the best they can to remain calm and to try and figure a way out of the situation, but her younger brother, being young and foolish, decided he could successfully challenge this man to combat. He ended up taking a poisoned arrow to the chest. Yenlis created a magical distraction and turned into an elk carrying her brother on her back while the two older brothers provided cover. They managed to make it back to the safety of their grove, but unfortunately her younger brother succumbed to the poison.

Yenlis took a yew sapling to create a little shrine to her younger brother and planted it in a spot where she and her brothers would always go to when they were trying to escape from study and chores. After learning what happened, her father forbade them from leaving land protected by the grove, and informs her brothers that Yenlis is no longer allowed to go out into the wilderness on her own. She became sullen and reclusive. She started spending more and more time at the yew tree putting all of her energy and effort into tending it. At the urging of her mother, another Druid, an older half-drow woman, came to Yenlis as she was gardening. Without speaking, she began to help the younger Druid. The half-drow taught Yenlis Undercommon, and introduced her to and instructed her on weather magics for which Yenlis had an affinity.

As years went on, her uncle continued to target her family and grove whenever he could as a reminder to her father that he was still a threat. Her father charged her brothers with setting out and hunting after their uncle while expressly forbidding that Yenlis accompany them out of fear of losing his only daughter. That did not prevent her brothers from occasionally ignoring his command. The longer his brother remained alive, the more paranoid her father became. In an attempt to put distance between his daughter and brother, Yenlis’s father arranged a marriage for her to the Arch Druid in one of their sister groves, the Cloakwood Grove. On her 18th birthday Yenlis was married to a man 30 years her senior, and a week later she returned with him to his grove. The marriage was not a happy one, and the attitudes of this grove towards outsiders was far more hostile than what she was comfortable with. After two years, Yenlis left in the night to return to her home grove. Refusing vehemently to return to her husband, Yenlis remained in her home grove with her brothers for a little less than a year all the while they constantly hunted for their uncle, but they never found any trace. Towards the end of a year, her brothers believed they had tracked down their uncle, and they set off after him. Communication between her grove and her husband’s had all but ceased at this point, and knowing that her father would not let her leave the grove under any other pretense, Yenlis managed to convince her father to allow her to act as an emissary. Once she arrived and had sent word back about the status of their sister grove, Yenlis had decided that she would set off after her brothers. That all changed when she arrived at her sister grove and found nothing but destruction… 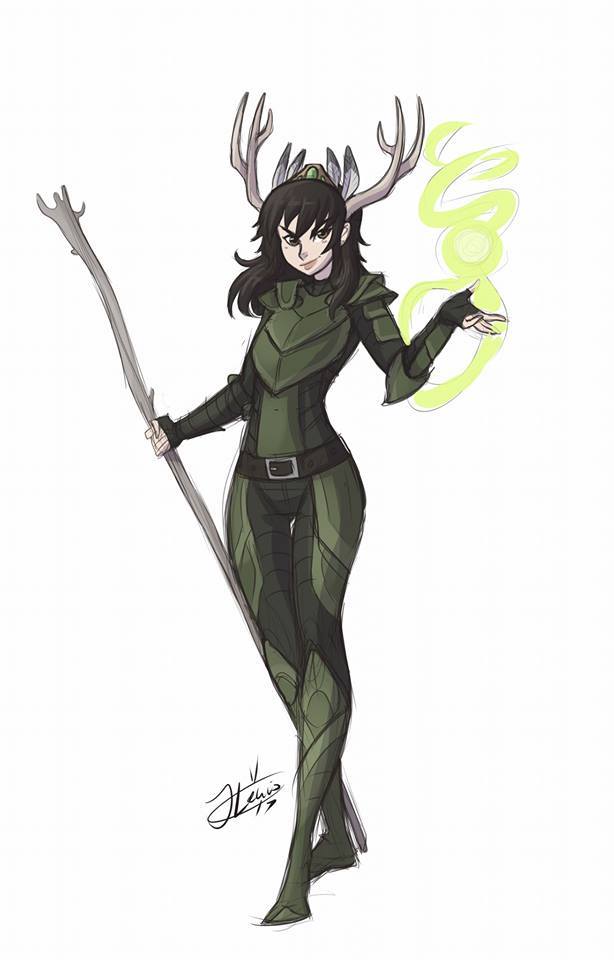