Lucien Karasi was a young wizard that found the adventurers’ life to be a bit more hectic than he wanted. Due to Lucien’s talents at crafting minor magical items he invested his earnings from his time as an adventurer to open a small shop within the walls of the town. After a few years he fell in love with a young farm girl that would frequently visit Daggerford named Isabel Young. After marrying the couple was blessed with a daughter they choose to name Selena. During Selena’s early years it became apparent that she had been gifted with a talent for learning magic when she was able to cast a weak spell from one of her father’s old spellbooks. At the age of six Selena got her first taste of the outside world when a “young” elven woman came to Daggerford seeking to learn her father’s craft. The elf known as Ava Faylen stayed with Selena’s family for five years learning the intricacies and subtle differences of magic trinkets all the while telling Selena all her stories about her travels. When Ava left to continue her studies Selena made a final decision to one day leave Daggerford and join Ava in her travels. Since her father had experience with that life he would only accept Selena’s decision if she agreed to certain conditions . The first condition was she had to wait till she was at least eighteen years of age and the second was she would study under him as an apprentice. Selena became determined and devoted all of her free time to her studies certain that when she turned eighteen she would set foot out of Daggerford as an adventurer. Although this determination did not go unnoticed from one other in Daggerford. Bethany Kline the daughter of one of the guildmasters in the town took great joy in torturing Selena almost every day. Constantly berating Selena anytime she was left in charge of her father’s shop making sure Selena knew that the only reason the shop existed was thanks to her father’s generosity. After finding out that Selena was studying to become a wizard and travel Bethany took up martial training for “self-defense” and made sure to practice everything she learned with Selena or rather on Selena. Even with the grueling “fights” with Bethany and the mind exhausting training her father put her through Selena did not relent. Occasionally receiving letters from her bond sister Ava about her most recent events regarding a group of people she had met only spurred her further. Eventually the day she awaited finally came so upon her eighteenth birthday Selena accepted a gift that had been made by Ava before she left them. The last letter Ava had sent said she was running a small smith at the Friendly Arm Inn and that she should visit so they can properly catch up and be introduced to her compatriots. 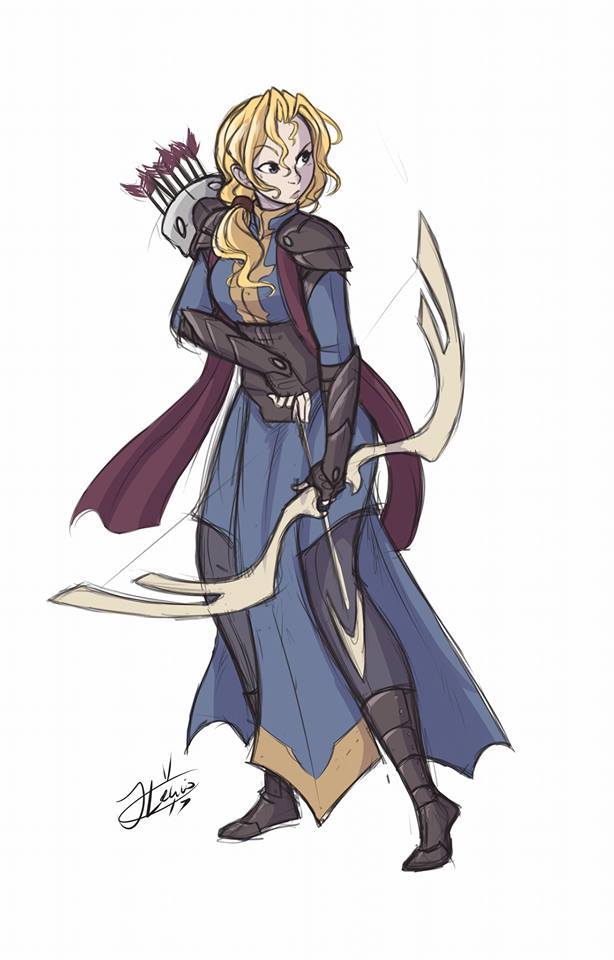