Segard is tall and broad-shouldered, with fair skin and fair hair, all which make his Northern barbarian ancestry rather obvious to the people of the South. Unusually, however, his hair is the stark white of fresh snow, and his skin never seems to darken or burn under the heat of the sun.

Though an experienced adventurer by now, Segard has only seen about 17 winters, an age where most men foolish enough to become adventurers would be just starting out. His facial hair began coming in, but its yellow tinge prompts him to shave it so only his wintry sideburns remain.

After recovering a mithral breastplate from the gnoll raiders of Nashkel, he had it ensorcelled by Ava to mimic the puglistic enchantment of his previous armor. The silvery metal is almost white in hue in its worked state, and the armor includes a pair of gauntlets made from a mithral idol the party recovered from the Shadow Druids of Cloakwood. Coupled with his wild mane of hair, regulars to the inn sometimes affectionately refer to the barbarian lad as the Inn’s “white lion” mascot alongside Varnin’s pet lynx.

Evidently having little to hide and enjoying the art of storytelling, Segard has been quite forthcoming about himself over the years. He was forced to flee his home in the frozen North at a young age due to circumstances he says he does not fully understand. There was talk of a cult of Auril, his mother, and her involvement therein, but he claims not to know what the controversy was about. All he knows is that the village erupted in violence one day, and he and several others, including other white-haired youths his age, were forced to fight for their lives and flee.

Alone in the boreal wilderness, Segard lived as a savage and learned to defend himself with his bare hands against wolves and even (admittedly young) bears. He never encountered another sentient soul for over two years until he spied on a frost giantess bathing in a hot spring. Alfhild eventually caught him, and as is the wont of frost giants, took him as a slave. Though she visited many indignities upon him, she at least treated the lad as both a weak runt of a frost giant and a pet, and Segard mistook this for genuine affection. Segard eventually escaped, vowing to return when he had proven he was a great warrior worthy of being her husband. To this day, Segard cannot be made to understand that this is insane.

Not long after, Sam the Buxom Bard, as she was popularly known when performing in Baldur’s Gate’s many taverns and inns, gathered willing souls that satisfied her unusual eye for adventuring talent to clear the Firewine Ruins of its orc menace. She found Segard training with the famous pit fighter Los Tiburon (“The Shark of the Land”) in more advanced grappling techniques. Sam had initially attempted to recruit Tiburon, only to have the half-orc tell her he had long since retired from plundering dungeons. Segard, however, was easily drawn in by promises of wealth and glory, and Sam’s other assets. But, their relationship, as far as anybody else is aware, is platonic. Segard and Sam, at least, are not kissing and telling.

With Segard as her muscle and apprentice storyteller, Sam went about recruiting Tom and Ava, in that order. Satisfied with the traditional four-person troupe, they set out for the halfling village of Gullykin to hammer out the details of financing Firewine Bridge’s liberation. Along the way, they met Varnin in the wilds, and the cat-man ranger’s woodsman skills proved to surpass even Segard’s, so Sam convinced him to add his claws to the cause. The rest, as they say, is history. Or, hilarity ensues, whichever you prefer. 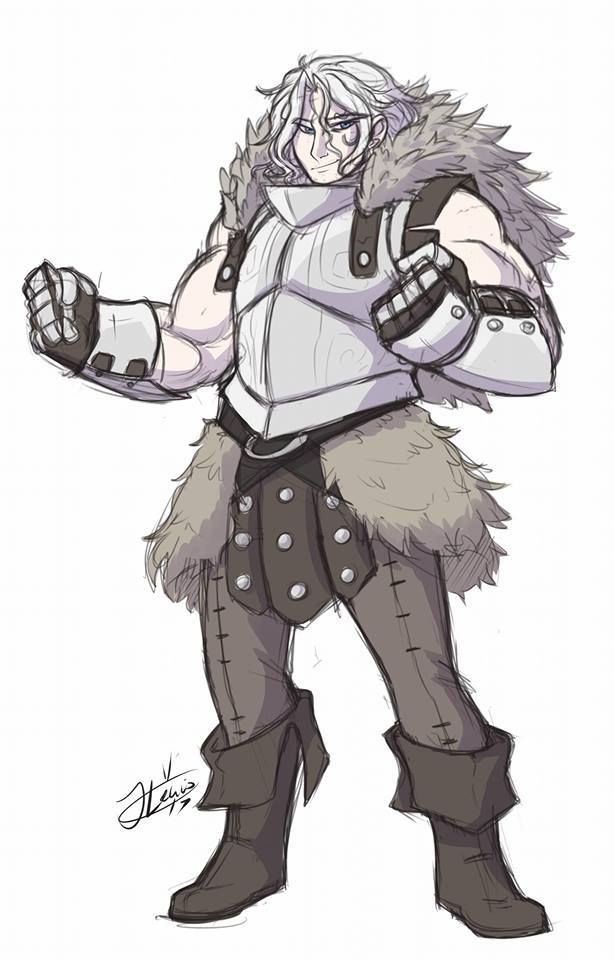